Famous schools teamed up to build lysergic acid synthesis pathway in yeast for the first time. It is estimated that the annual industrial output can reach 5 tons, and the drug can be made to bypass clinical trials丨Interview with Yew Wenshan, National University of Singapore

According to the World Population Prospects: 2019 Revision, by 2050, one in six people in the world will be over the age of 65 (16%). With the aging of the population structure, some age-related diseases have also entered a period of high incidence. Among them, diseases such as Alzheimer’s disease and Parkinson’s disease are particularly cruel to patients. Although they will not directly cause death, people cannot age with dignity. More and more attention is paid to the development of related drugs.

SINGAPORE – The yeast commonly used in baking and beer brewing may soon be a key to sustainably produce medication for dementia and Parkinson’s disease.

Researchers from Singapore and Britain have found a way to modify the microscopic fungus and extract a key ingredient for such drugs.

The key ingredient is D-lysergic acid (DLA). It has a core structure similar to many neurotransmitters in the body, and therefore is used in drugs for treating dementia, Parkinson’s disease, migraines and other neurological illnesses.

Traditionally, DLA is extracted from ergot, a parasite-like fungus that grows on cereal crops such as wheat and rye.

Ergot cultivation is also heavily dependent on weather conditions, and the fungal disease can spread to food crops and poison cattle.

To extract DLA more sustainably, researchers from NUS Medicine and Imperial College London use DNA synthesisers to artificially create genes from the ergot fungus and then introduce them into yeast.

The modified yeast is then fermented with galactose, a milk sugar, which acts as food for the yeast to multiply. Within a day or two of fermentation, the DLA is produced. A one litre bioreactor of fermented yeast can produce between 1mg and 5mg of DLA, said Prof Yew, who is from the biochemistry department at NUS Medicine.

He is also the deputy director and research director of the NUS Medicine Synthetic Biology Translational Research Programme.

“Just like how baker’s yeast has been used to produce the alcohol and flavours in beer… we are harnessing fungal cells to act as miniature factories to produce raw compounds for medicine,” he added.

Health Matters - Could Yeast Be The Answer To Dementia? 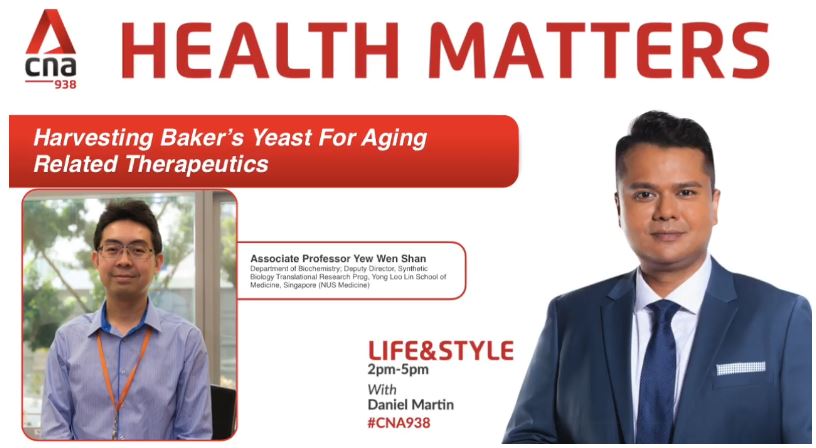 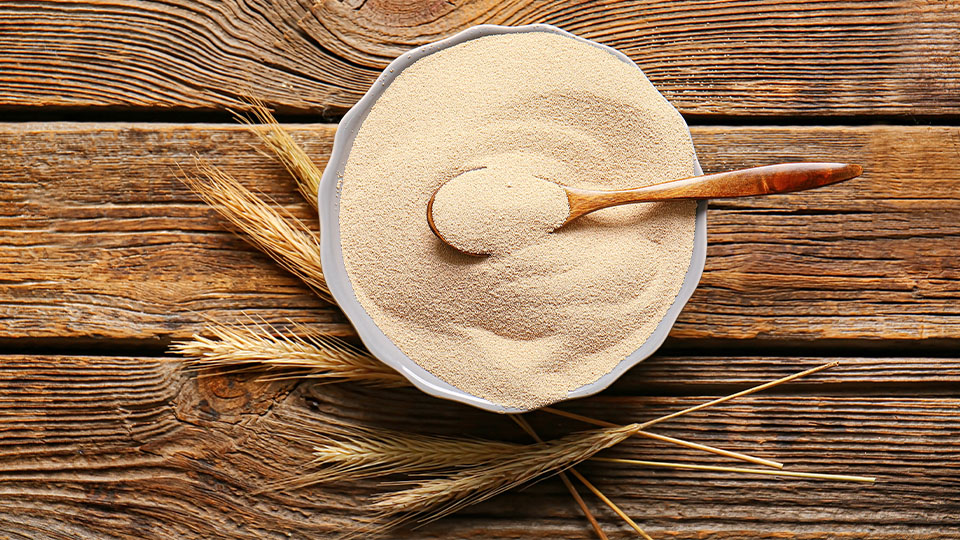 A class of medicine used in the treatment of neuro-cognitive diseases and other neurological ailments (migraines, headaches, etc) are currently obtained from extracts of the ergot fungus. However, continued cultivation of the ergot fungus for medicine is not sustainable as industrial agriculture is one of the largest contributors to carbon emissions worldwide.

To meet the global demand for such medication, between 10-15 tons of D-lysergic acid (DLA), an ingredient used in producing the medicine, are produced each year. The ergot fungi are parasites to cereal crops such as rye, and their cultivation entails growing them on top of fields of such crops that could otherwise be used for food production. In order to reduce the use of arable land to produce such medicine, a group of researchers from the Yong Loo Lin School of Medicine at the National University of Singapore (NUS Medicine) and Imperial College London have trialled an alternative way of producing DLA.

Using yeast commonly known to make bread, and synthetic biology techniques, the team introduced the enzymes from the ergot fungus into baker’s yeast, which also happens to be another fungus. Through a process known as fermentation, the modified yeast was then grown using sugar to produce DLA. Natural fermentation has been used throughout human history for food production, most notably in the production of bread and beer. Just like how baker’s yeast has been used to produce the alcohol and flavours in beer, fermentation using the modified yeast can now produce DLA.

The study was published in Nature Communications on 7 Feb 2022.

“It is possible to produce up to five tons of DLA annually using the current yeast strain; and with further optimisation, commercial production levels could be attainable,” explained Associate Professor Yew Wen Shan from the Department of Biochemistry at NUS Medicine and the co-lead Principal Investigator of the study. “This research builds upon the growing body of work that use microbes such as yeast for the sustainable production of medicine and functional food ingredients.”

Professor Paul Freemont, from the Department of Infectious Disease at Imperial College London, said: “Yeast has been a key part of human civilization for thousands of years, helping us to make bread and brew beer. But our relationship with this familiar microbe is evolving. Through this exciting collaboration we have been able to harness fungal cells to act as miniature factories to produce raw compounds for medicines. This is an example of how something seemingly small and inconsequential has the potential to change human lives, providing the drugs which will enable us to age better and reduce the environmental impact of industrial drug production.” 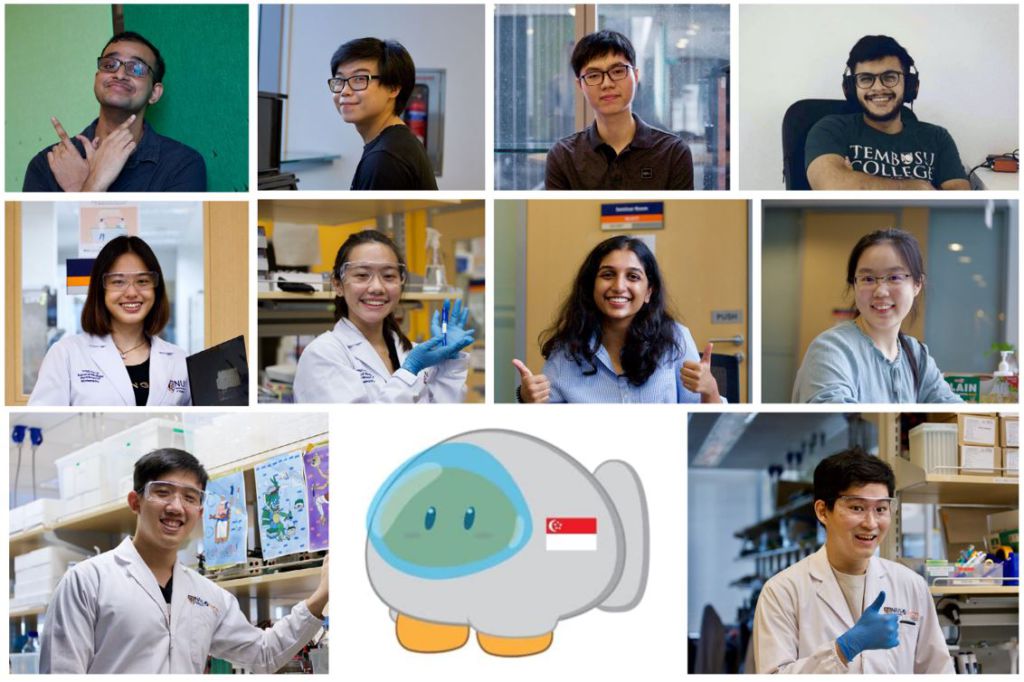 This year, the NUS iGEM team has scaled new heights with their project to solve the Singapore food security challenge! The NUS iGEM team showcased their project, PRYSM, at the annual iGEM competition and came first-runner up in the undergraduate category (out of over 200 undergraduate teams around the world)! This is the first time a Singapore team has achieved a placing amongst the Top 2 positions. The team was also awarded the Gold medal, Best BioManufacturing Award, Best Part Collection Award and Best Wiki Award. They were also nominated for the Best Hardware, Best Model, Best Integrated Human Practices and Best Presentation. This is NUS’s and Singapore’s best-ever showing at the global premier competition. iGEM (International Genetically Engineered Machine competition) is the world’s largest synthetic biology competition for students, attracting over 340 teams this year from universities and high schools across the world.

iGEM (International Genetically Engineered Machine competition) is the world’s largest synthetic biology competition for students, attracting over 340 teams this year from universities and high schools across the world.

Congrats to our NUS 2021 iGEM team being selected to receive the inaugural iGEM Impact Grant from the iGEM Foundation! NUS iGEM was one of the 90 teams selected from an international pool of over 200+ teams to receive a USD $2500 grant to further their project on the use of a dual input optogenetic expression system in yeasts to produce antimicrobial peptides to tackle challenges related to urban farming. All 90 teams were selected for impactful and technically ambitious goals for their projects. The highly multi-disciplinary team comprises students from Engineering, Life Science, Data Science and Pharmacy. The students are currently working hard on their project to compete during the iGEM Jamboree in Nov 2021. Watch their project promo video here to find out more!
23 July 2021

NUS iGEM team does it again! Wins Gold and more at the 2019 iGEM Giant Jamboree

Cocktail of bacteria and broccoli may keep cancer at bay

Comic-stripping science of its mysteries

No Space for Data? Store it in DNA

From Living On Earth to Living With Earth

A New Frontier in Science

We use cookies on our website to give you the most relevant experience by remembering your preferences and repeat visits. By clicking “Accept” or continuing to use this site, you consent to the use of ALL the cookies. For more details about cookies and how to manage them, please see our Privacy Notice.
.
Cookie SettingsAccept
Manage consent

This website uses cookies to improve your experience while you navigate through the website. Out of these, the cookies that are categorized as necessary are stored on your browser as they are essential for the working of basic functionalities of the website. We also use third-party cookies that help us analyze and understand how you use this website. These cookies will be stored in your browser only with your consent. You also have the option to opt-out of these cookies. But opting out of some of these cookies may affect your browsing experience.
Necessary Always Enabled
Necessary cookies are absolutely essential for the website to function properly. These cookies ensure basic functionalities and security features of the website, anonymously.
Functional
Functional cookies help to perform certain functionalities like sharing the content of the website on social media platforms, collect feedbacks, and other third-party features.
Performance
Performance cookies are used to understand and analyze the key performance indexes of the website which helps in delivering a better user experience for the visitors.
Analytics
Analytical cookies are used to understand how visitors interact with the website. These cookies help provide information on metrics the number of visitors, bounce rate, traffic source, etc.
Advertisement
Advertisement cookies are used to provide visitors with relevant ads and marketing campaigns. These cookies track visitors across websites and collect information to provide customized ads.
Others
Other uncategorized cookies are those that are being analyzed and have not been classified into a category as yet.
SAVE & ACCEPT
Go to Top